Recently McKinsey did some research on branding themes among major B2B companies and answered some of these questions. The purpose of the resarch was to determine how well branding messages of global B2B players matched up to the interests of B2B customers. END_OF_DOCUMENT_TOKEN_TO_BE_REPLACED

Blogging can be an important part of any online business strategy. I’ve blogged here for 7 1/2 years, creating over 2,500 posts and getting as many as 100,000 Unique Visits per month at one point. I learned a lot during that time, but earlier this year I tossed it all out and started over.

Why? Because I didn’t start out with a plan. Conditions have changed a lot since I started in 2002 and a lot of the advice you get today is still based on the old reality. Can blogging contribute to your success? Sure. Will it? Not necessarily. END_OF_DOCUMENT_TOKEN_TO_BE_REPLACED

The Federal Trade Commission has begun its crackdown on internet scammers, get-rich-quick schemes, and other frauds. On July 1 the FTC issued a press release detailing some of their actions:

Also named was Google Money Tree, for allegedly misrepresenting that they were affiliated with Google and failing to disclose their continuity fee billing.

It’s highly likely that this is just the first of many actions across the get-rich-quick universe, designed to gain some early publicity by tackling a few big hitters. I would not be surprised to see this enforcement trickle down the food chain. Fraud is nothing new, but bad economic times tend to increase the potential market for schemes. Lousy, unethical practices make it harder for legitimate small businesses to use good internet marketing. So I say good riddance to bad practices and let’s see who the FTC focuses on next.

Here’s a video the FTC put together to warn consumers about get-rich-quick fraud:

Looking back at old advertisements is a great way get perspective on how much advertising has changed while staying the same. Internet marketing gets a bad rap for all the worthless get-rich-quick schemes, but the reality is that advertising has been filled with outrageous claims since it was first invented. Here’s a rousing look at early medicinal ads brought to you by Pill Talk. Weed, booze, heroin, cocaine — it’s all here. Including Mrs. Winslow’s Soothing Syrup for teething children, which apparently contained 65mg of morphine per fluid ounce. Ha, and we think Red Bull is bad…

I went to Startup Riot in Atlanta this week and one of the more interesting startups was a company called ShoutNow — a rapid voice messaging company. The idea is that you record a short message using your own phone, then ShoutNow broadcasts that message simultaneously to a list of numbes you enter into their website.

The uses they suggest are more personal — coach notifying the youth soccer team that practice is canceled, pastor notifying the congregation in emergencies, etc. But a really good use of this technology for entrepreneurs is creating a voice reminder for registered attendees for your event.

You can’t be too proactive in making sure people remember to attend an event for which they’ve registered, and most people won’t mind a short voice message if it’s something they really don’t want to miss. Email is good, but it’s not reliable for time-sensitive events.

You could also use this as a follow-up reminder after the event to encourage people to get in touch if they have questions. You don’t want to bug people, but I can see a number of ways this could be used effectively to reach people who can’t reliably be reached online. 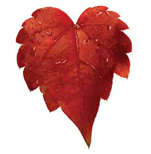 In a recent blog post titled Be the Red Leaf, John Jantsch of Duct Tape Marketing discusses the importance of defining, understanding, and communicating your unique value in order to stand out from the crowd. Being different is not being louder or having more ads. It’s about truly knowing what your product or service means to your potential customers. Jantsch listed three types of research every entrepreneur must do to uncover this customer-eye view of value: END_OF_DOCUMENT_TOKEN_TO_BE_REPLACED

Recently I had a conversation with a friend who has a small consultancy. Over the years we have had a number of thoughtful, helpful conversations and we tend to feed off each other’s futuristic tendencies. During the conversation I was encouraging more product development to capture his methodologies and to use as promotional tools.

The conversation turned to resource constraints — time, effort, money, etc. – and the need to spend some portion of time on futuristic efforts as well. He estimated that he needs to spend 5%-10% of his time on long-term futures thinking and planning. I think that’s realistic – 100-200 hours per year. I asked if he was spending an equal amount of time on product development. His answer was that he spent about 200 hours this year on developing new seminar materials, and 300-500 hours on his blog.

I was surprised by this, as the ratio seemed upside down to me. So I asked another question, “Do you track leads/sales generated from the blog?” His response, paraphrased, was that he only tracks it loosely, but it helps. END_OF_DOCUMENT_TOKEN_TO_BE_REPLACED

One of the mistakes that many new internet marketers make is forgetting that the internet is just one, and often not the most effective, channel for reaching customers. Good ol’ direct mail – yes, the USPS snail mail – is still a very viable and effective channel to reach customers and prospects that may not live on the internet. The challenge is that many of us don’t have an easy way of using Direct Mail, and we don’t have time to research all the available options.

Here are two resources you can use to simplify and automate your direct mail communications: END_OF_DOCUMENT_TOKEN_TO_BE_REPLACED

I just got back from beautiful Saddle Brook, NJ where I attended Fred Gleeck’s Info Products seminar. Two days packed with very informative, and very helpful, presentations by some down-to-earth marketers and experts. Hype level was very low, and quality was gratifyingly high.

When you spend as much time studying internet marketing as I do you start to get really burned out on the hype and BS. It’s refreshing to hear real people talk about actual businesses and how they’re using legitimate marketing techniques to grow them. END_OF_DOCUMENT_TOKEN_TO_BE_REPLACED