Or, how Lizzie Warren (probably) made sure she had Instagram views.

Super-hip, septuagenarian multi-millionaire Lizzie “Fauxcahontas” Warren took to the inter-webs and the social medias yesterday in a genuine, homespun, all-American moment of camaraderie with the common folk. Standing in the kitchen of her quaint little mansion in Cambridge, the revered and much-loved 1/1024th Native American icon had a beer in the company of her hubby and her dog and shared her humanity with adoring fans.

Or, not so much. In a world where most normal people would rather watch an embalming than a live stream of a politician faking authenticity, you have to ask how did Warren make sure she would have some minimum number of viewers for her little fireside chat?

I can’t find any stats on how many viewers Warren had, but you can be sure she had a plan in place to ensure a minimum audience. She is not about to throw a party and leave any risk that no one will come.

So how do you guarantee that you get views on the internet? The best way is called a click farm. While we can’t know for sure, many of the so-called InstaGram “views” may not have been fans at all. Or even humans. END_OF_DOCUMENT_TOKEN_TO_BE_REPLACED

The Untold Story of the Journalists Who Opposed Hitler

I first saw this book a couple of days ago in a Facebook ad and had a cynical reaction. It just seemed too convenient, too opportunistic, too in-your-face, or too something. I thought it likely to be a propaganda piece – maybe an attempt at addressing the rather sullied reputation of modern day journalists, but also maybe a direct swipe at Donald Trump – an attempt to conflate his calling out #FakeNews and temporarily banning one particularly obnoxious narcissist from White House press conferences to the murderous actions of Hitler.

Despite the popular cliche, you actually can judge a book by its cover. That’s why the cover doesn’t look like an academic paper. It’s intended to make you judge it. You can also have an opinion about a book you haven’t read. Otherwise, how are you supposed to decide if you want to read it? So this post is me looking at the book to decide whether it’s worth my time or just useless, anti-Trump propaganda.

Because my first reaction might be wrong given my overt cynicism. But, in the propaganda-filled era in which we live, it is not smart to take any such work at face value. So I went to Amazon and read all the free information they provide about it. I am not completely dissuaded from the idea this is a well-architected piece of propaganda, but it’s not all that clear that it is. Here’s what is immediately apparent: END_OF_DOCUMENT_TOKEN_TO_BE_REPLACED

This USA Today snippet on the number of blacks killed by white police officers isolates a single data point, without context. The viewer/reader is left without any sense of cause or even useful correlations. This treatment is representative of the mass media approach to every complex issue – sensationalism vs informing the public.

While issues of race are top-of-mind in this incident, they are not the only issue. We don’t even know if they have the greatest influence. Militarization of police forces; varying crime rates among geographic, ethnic and socioeconomic groups;  even the media influence on various cultures all likely play important roles. But we don’t get a sense of any of this from USA Today.

The media’s obligation to inform the public is arguable, but the media’s effort to do so is non-existant. If the “investigative reporter” in the video is even moderately professional, and is not an idiot, I can’t imagine the stress of having your investigative work narrowed down to the single most sensational sound byte and then having to pretend that you’ve done something serious.

Is it any wonder that, among the most thoughtful people I know, very few of them pay attention to mainstream mass media anymore. 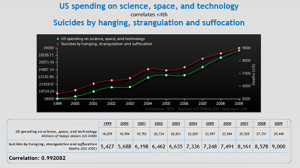 The Federal Trade Commission has begun its crackdown on internet scammers, get-rich-quick schemes, and other frauds. On July 1 the FTC issued a press release detailing some of their actions:

Also named was Google Money Tree, for allegedly misrepresenting that they were affiliated with Google and failing to disclose their continuity fee billing.

It’s highly likely that this is just the first of many actions across the get-rich-quick universe, designed to gain some early publicity by tackling a few big hitters. I would not be surprised to see this enforcement trickle down the food chain. Fraud is nothing new, but bad economic times tend to increase the potential market for schemes. Lousy, unethical practices make it harder for legitimate small businesses to use good internet marketing. So I say good riddance to bad practices and let’s see who the FTC focuses on next.

Here’s a video the FTC put together to warn consumers about get-rich-quick fraud:

Looking back at old advertisements is a great way get perspective on how much advertising has changed while staying the same. Internet marketing gets a bad rap for all the worthless get-rich-quick schemes, but the reality is that advertising has been filled with outrageous claims since it was first invented. Here’s a rousing look at early medicinal ads brought to you by Pill Talk. Weed, booze, heroin, cocaine — it’s all here. Including Mrs. Winslow’s Soothing Syrup for teething children, which apparently contained 65mg of morphine per fluid ounce. Ha, and we think Red Bull is bad…

Like most things the government does, its approach to “fixing” the auto industry/energy/environment problem is broken. Badly broken. Wrong-headed. Misguided. Appallingly stupid. And sad. It always amazes me that when we have an industry more-or-less crippled by poorly thought out government regulation, the answer to fixing it is in more government regulation. What a concept.

Recent polls show that only 26% of Americans think the government’s plan to bail out GM is a good idea, and only 42% of GM car owners are even “somewhat likely” to buy GM again. Clearly, most of us don’t think we’re on the right track for fixing this mess. But there are things that can be done, and the industry can survive and progress without massive government meddling, spending, and regulation.

So here’s my 7-step plan for addressing the auto industry/environment/energy situation. Amazingly, there’s not one single step that requires new regulation or money for the auto industry. END_OF_DOCUMENT_TOKEN_TO_BE_REPLACED

I went to Startup Riot in Atlanta this week and one of the more interesting startups was a company called ShoutNow — a rapid voice messaging company. The idea is that you record a short message using your own phone, then ShoutNow broadcasts that message simultaneously to a list of numbes you enter into their website.

The uses they suggest are more personal — coach notifying the youth soccer team that practice is canceled, pastor notifying the congregation in emergencies, etc. But a really good use of this technology for entrepreneurs is creating a voice reminder for registered attendees for your event.

You can’t be too proactive in making sure people remember to attend an event for which they’ve registered, and most people won’t mind a short voice message if it’s something they really don’t want to miss. Email is good, but it’s not reliable for time-sensitive events.

You could also use this as a follow-up reminder after the event to encourage people to get in touch if they have questions. You don’t want to bug people, but I can see a number of ways this could be used effectively to reach people who can’t reliably be reached online.